This year Olav  joined this race for the 20th time. When we got through our suggestion to close this race for other breeds than Grenlanddogs, samojeds and malamutes, we also wanted  this race to be only for 1, 2 and 4 dogs teams. We did not succeed in this, it was deceided that also teams with 6 dogs could join the race. Later it was also opened for open class ( max 12 dogs).

During the years Olav had joined many different classes in the Polardog-race, but never with  4 dogs. Therefor he would  do it this year. He raced with the same 4 malamutes as in the club-championship. He was the only musher with 4 dogs, but he had several teams with 6 and 8 dogs to compete with. The dogs worked very well, and they ended  with the total 4th best time .

This winter we have had a lack of snow, and therefore problems in giving  the dogs enough kilometers in front of the slede. Olav has also had an injure in his arm, and this has caused big problems. Our team has joined only one race this winter ; the Polardog-rase over 100 kilometers.  Olav started in this rase for the 19th time. They ended up as number 4 in the class for 6 dogs. 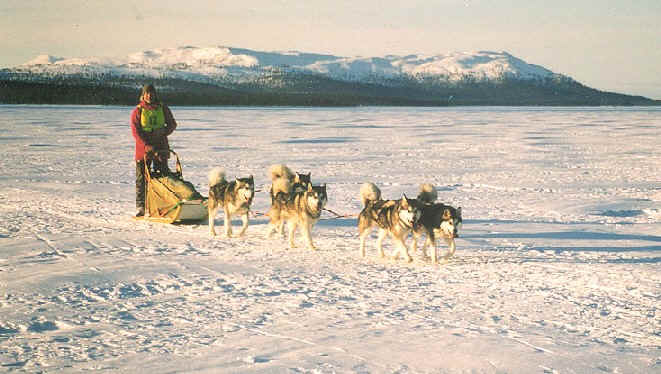 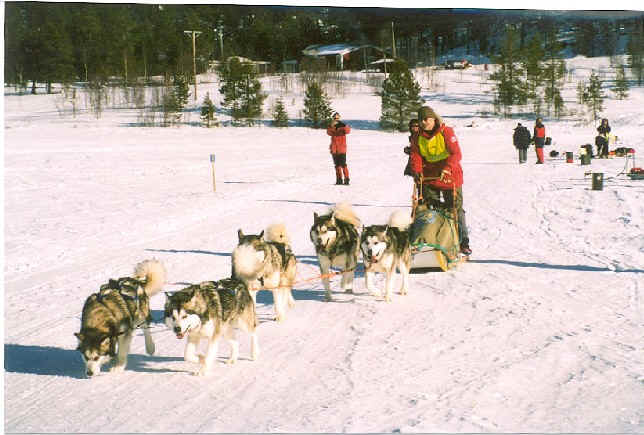 This winter the Polardog-race had 20 years jubilee,  and Olav joined the race for the 17th time. As the last years the start and end of the race was at Femunden. Olav started with 2 dogs (Nord.Ch SV-00 NV-02 N Tch Terra Polar's Juvenil Canis and Terra Polar's Lesto Tramp)  and pulka, skiing.

The Frighting-race did  this year start and end at Vasstulan on  Dagalifjell.  The distanse was  30 kilometers,  and as earlier the weight was 35 kiloes on the males,  30 kiloes on the females . Both Olav and Bjørn started with Terra Polar's Lesto Tramp and  Terra Polar's Karnivor Baluba. It was totally 11 teams in the class.