A few years ago we decided to get a Border. We were looking for a small, active breed that could join us on hunting trips, so it also had to be sturdy, but mainly it had to be a good family dog. We looked at several breeds, but soon settled for a border.

There were no available puppies in Norway at the time ('95), so we ended up purchasing a bitch from Kennel Tallarna in Sweden. The breeder gave the puppy the name 'Tallaran's Lycka Till' (good luck), as she meant it needed some, living with Alaskan Malamutes. 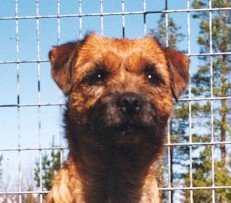 After a while we wanted another Border, and again we got a puppy from Sweden: Axbor Invesco ('Tell', b. '97)

Tell managed to become N. Uch before we lost him in a badger set. He was two years old.

Robin is N.Uch and has 2 x CACIB

Vilde has three 'small' certificates and was BIS at the first Open Show arranged for Borders in Norway in '99.

His name is Terra Polar's Coole Wilmer, born in the summer of 2000.

In 2003 Wilmer got two times 1 price with certificate, and he got the title Norwegian Hunting Champion. This year he was number 4 on the list of the best burrow terriers of the year.

In 2006 Wilmer was Norwegian Champion ( exhibition). 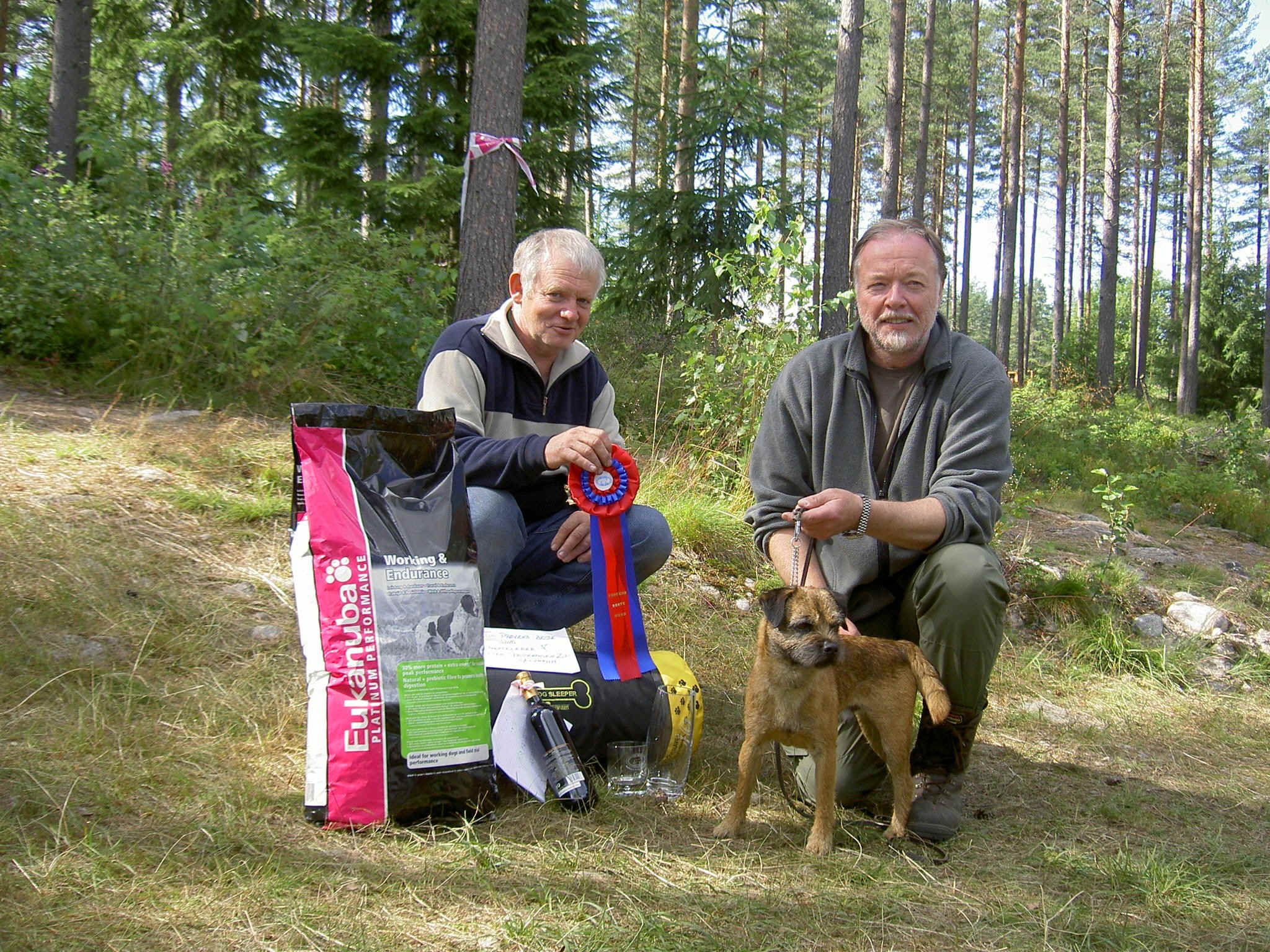 Judge Thrond Roxrud together with Wilmer and Olav in Elverum. Photo : Raymond Bråten.

Terra Polar's Djerve Tina was born in the summer of 2001.

Her mother is Terra Polar's Ataraxi Vilde, the father N.Uch Atterbom So Far So Good.

She has 2 x certificates from exhibitions.

Frøy has joined several shows, and she has two certifications so far.

In  2006 Wilmer  was mated with Grimastegen's Maia, and 6 puppies were born. A female from this litter moved to our home:

Nova has got her first certification on  dog-show.